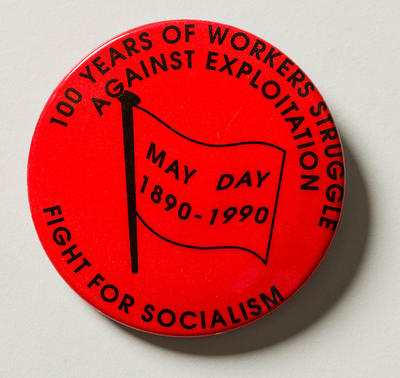 Description
Circular vinyl coated tin badge featuring a stylised flying flag and flagpole, and the words /100 YEARS OF WORKERS STRUGGLE/ AGAINST EXPLOITATION/ MAY DAY/ 1890 - 1990/ FIGHT FOR SOCIALISM/ in black lettering on a red background.