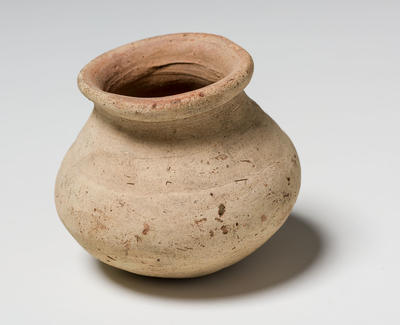 Description
Wheel-formed pottrey vessel of marl clay, with gently curved base, rounded body, small neck and inverted lip, without decoration and with cracks on inside of jar.