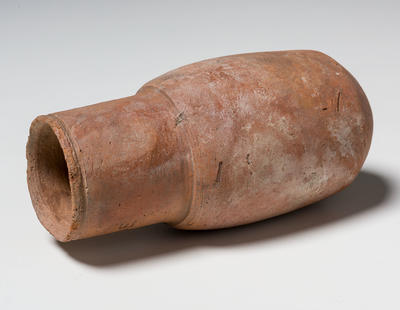 Description
Jar, made of Nile silt clay, with a slightly rounded ftlattish base, rising to rectangularly formed body of two parallel sides, which steps in slightly to a wide mouth.