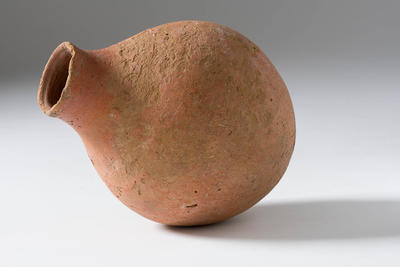 Description
Earthenware spherical shaped jar made of Nile silt clay with a round base and flat flared rim (1/3 broken or eroded away) and narrow neck.
Sandy-brown paste, pinkish-red surface, fine texture, sparse inclusions. The body of the vessel has indentations and 'wheel' marks.