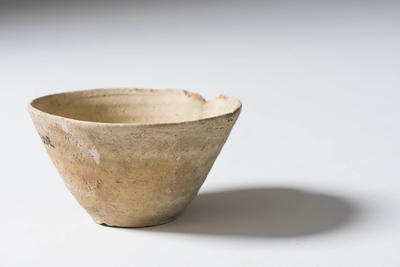 Description
Marl clay earthenware bowl with flat base, and approximately 45 degree body of the vessel to a rim with one chip missing. The body of the bowl has inclusions, 'wheel' marks and indentations. Black surface fingerprint marks are evident on the interior and exterior of the bowl.