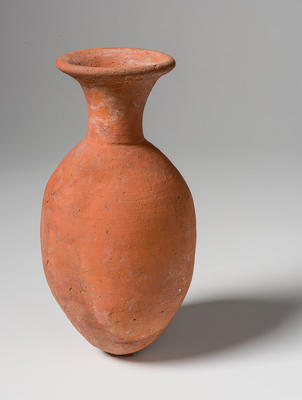 Description
A pottery vessel made of Nile silt clay, with fine texture and few inclusions. Rounded, smooth base, with pronounced point to the base, rising gently to a body which is tear- drop-shaped and low waisted, turning to a medium sized neck rising to a flared rim, and thick, pronounced rounded lip. Encrusted exterior with numerous vesiculations.