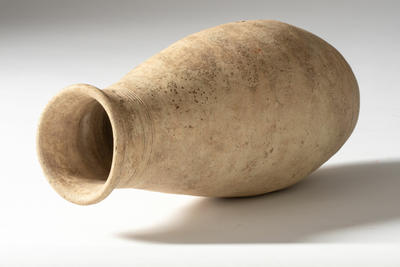 Description
Marl clay ovaloid shaped jar with round flared rim, round base with the evidence of hair line cracking. Incised decorative lines on the neck and gently curved mouth of the vessel. The body of the vessel has indentations, inclusions and 'wheel' marks.