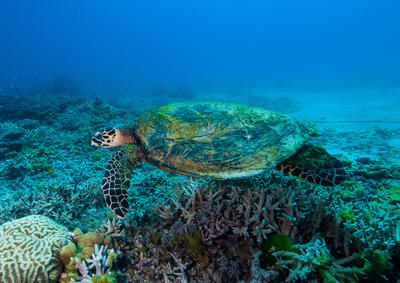 Identification: Medium-sized (shell up to 90 cm) with a narrow head and beak-like snout. The shell has four large scales down either side which are thick and overlapping.

Breeding: Lays around 130 small eggs - in Queensland, nesting occurs on the islands of the northern Great Reef and Torres Strait all year round with a peak season in January and February.